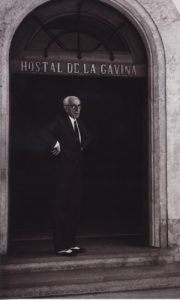 In the early 1920s, Josep Ensesa i Gubert persuaded his father Josep Ensesa i Pujades, a successful industrialist from Girona, to buy the land that stretched from the bay of Sant Pol to the long Sa Conca beach, now known as S’Agaró. The name he chose was a clear reference to the Agaró stream that ran nearby.

His ambitious project of a garden-city overlooking the Mediterranean would become one of the most elegant and exclusive spots of the Catalan coast and visited by a large list of personalities from around the world.

The jewel of his project was Hostal de La Gavina. Josep Ensesa Gubert, one of the most brilliant hosts in tourism in this country, set a legend. His Hotel became the most luxurious in the area and one of the best in Spain and Europe. It was the first hotel in Spain to become member of the prestigious association Leading Hotels of the World. 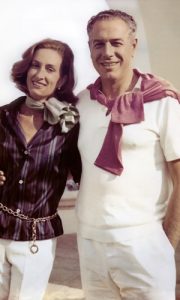 Josep Ensesa Montsalvatge, his son, continued his fathers legacy by keeping the establishment at the highest level, and achieving that La Gavina was declared as a cultural site of national interest by the Government of Catalonia.

Currently the fourth generation of the Ensesa family, Julia, Virginia, Carina and Josep Ensesa Viñas are taking care of the Hotel with the same enthusiasm and commitment as their ancestors, converting the Hotel and S’Agaró in a unique and magnificent spot. 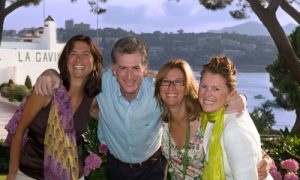 The first house of the development, Senya Blanca, was constructed in 1922 and eight years later, on 2 January 1932, the Hostal de La Gavina opened its doors. Both buildings were part of the seaside villas community that Josep Ensesa was building together with the architect Rafael Masó i Valentí, a renowned defender of traditional Catalan design that defined the character of S’Agaró with porticos, towers, terraces and low roof lines to create a colony for art lovers.
S’Agaró has grown slowly without ever losing sight of its origins. The Hostal de La Gavina has also been growing. Today, the 11 rooms have become 74, the hotel has been adding the seawater pool, a spa, restaurants and meeting facilities, but maintaining its original style and its historic heritage as on the first day. The old is mixed with the new in a subtle and timeless way..

S´Agaró and Hostal de La Gavina have been the stage and vacation spot for many personalities from the world of politics, culture and the arts. Since the early 1950s famous Hollywood movies like “Pandora” with Ava Gardner, “Suddenly Last Summer” with Elizabeth Taylor or “Mr. Arkadin” by Orson Welles were shot among others. This made Hostal de La Gavina a meeting place of many famous movie stars and gave way to more recent actors like Sean Connery, Jack Nicholson or Robert De Niro.
On the political scene, La Gavina was frequented by world leaders such as Lord Selwyn Lloyd, former British Chancellor, in love with S’Agaró and the Ensesa family, or Clark Chichester Clark, former prime minister of Northern Ireland, Aziz Sedki vice prime Minister of Egypt or Giscard d’Estaing from France. It has also been visited by the Kings of Spain on several occasions.
Culture has been a protagonist of La Gavina’s history. Numerous artists, Nobel prize winners and other intellectuals have visited the Hotel not only for their holidays, but also as meeting point and for sound performances. Salvador Dalí, Josep Pla, Placido Domingo, Josep Carreras, Camilo Jose Cela, Octavio Paz, Salvador de Madariaga among many others have passed through the Hotel as well as others more recently, such as Santana or Lady Gaga. 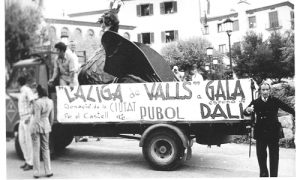 After 85 years since that first day of 1932, the Hostal de La Gavina continues stronger and more present than ever its legend.